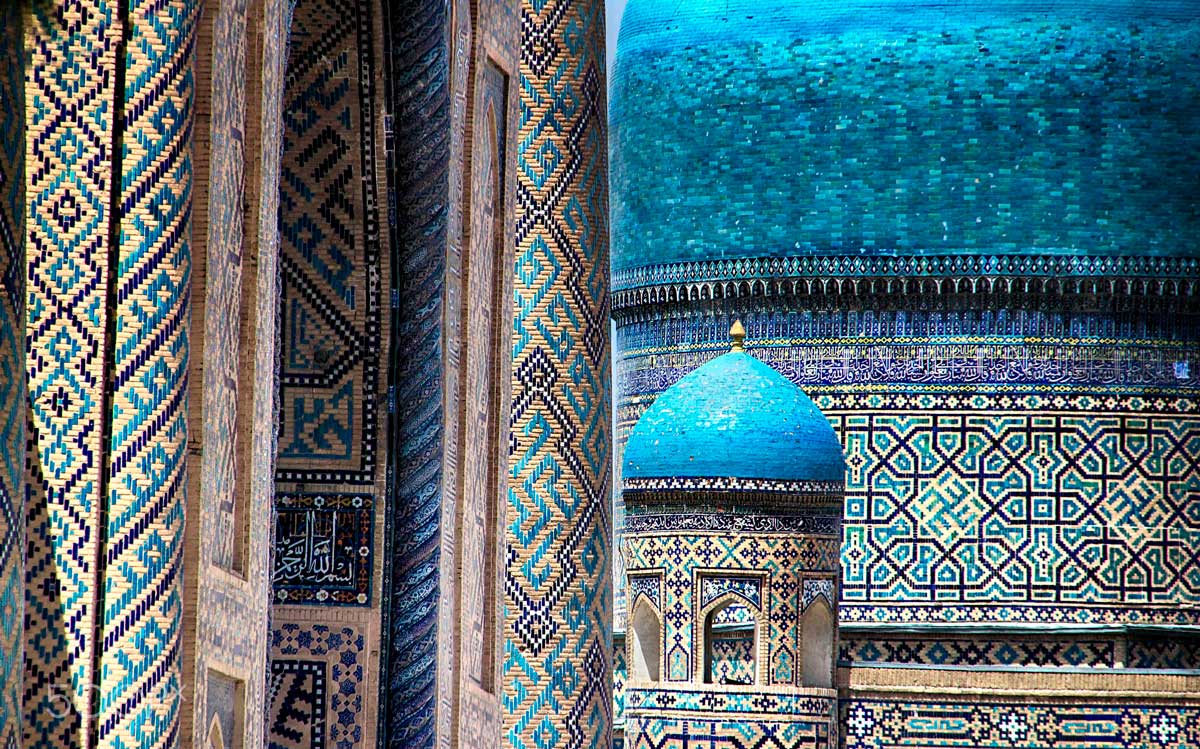 The succession of great cities that appeared in Justin Marozzi's superbly crafted book were all too often put together, designed, torn down, and rebuilt on the orders of one man. In most cases, fragments of their glorious days (the Great Mosque of Cordoba or Damascus) have been preserved as architectural memories. Or sometimes, in an astonishing miracle, entire medieval quarters with intact streets in cities like Cairo and Fes are preserved. But such sights are only memories. The Marozzi dynasties, founded in each of the 15 cities, report on 15 chapters that are rarely effective beyond three generations. The golden age darkens after a hundred years.

In this book, we encounter some of the most fascinating and disturbing personalities in Muslim history. Muawiya (founder of the Umayyad dynasty), Abdal Rahman III (self-proclaimed caliph in Cordoba), Mehmet II (the multilingual conqueror of Constantinople), Babur (the refugee prince who became the conqueror of Mughal India) and Shah Abbas I (17th century ) Builders of Isfahan) all had blood on their hands, but also creative virtues. Marozzi's historical portraits show how self-determined individuals can make extraordinary changes possible. They are also in a wide cultural horizon. We not only analyze the basics of their rise to power, we also meet scholarly travel writers, the gossip of dishes, poets on their feet and breaks, garden designs for which you have to die, celebrity chefs, inspired musicians and the occasionally powerful woman who make it into the pages of these male chronicles. We also get a very honest rationale for where these stories come from, and are introduced to historians and chroniclers (and the axes on which they are based) as actors in the great narrative, and not just as academic quarries for footnotes.

Marozzi knows the floor very well. The chapters on Kabul, Tripoli, Baghdad and Cairo smell of bittersweet memories. The fascination of the student traveler and the researcher and historian is contrasted with the reality of working as an investigative journalist before becoming a PR advisor seconded to competitive regimes in Libya, Afghanistan, Iraq and Somalia. It is these experiences that together influence Marozzi's acute understanding of abuse and the use of power. You may also have helped him develop a sense of distance. We rarely get lectures on morality, and although we look at the crimes of some monstrous autocrats in detail, Marozzi is ultimately interested in only one question: did it work? Have you created a society that works both intellectually and taxally and feeds itself? Below that is a persistent second examination level. Successful cities must be multicultural and tolerant of diversity because of their mercantile and intellectual exchange. Any ruler or regime that violates this golden law condemns the city it governs to decay and destruction.

This is not a book about Islam: it does not analyze religious beliefs or the spread of Islam through language and commerce. It is about the effective rule of the Middle East and Central Asia. Marozzi is not particularly interested in governance systems or western value totems such as freedom of speech, accountability in the household or election democracy.

When choosing cities, there is a careful pattern that takes the reader on a journey through 1,400 years of Islamic history. His chapter on Samarkand, which was taught by a previous biography of Tamerlane, is so knowledgeable and intimate that you can get on the nerves of this murderous but garden-loving tyrant who deserves to be performed alongside Stalin, Mao and Hitler threatening. Twin chapters on Doha and Dubai are controversial decisions to end the book and express the realities of contemporary Islam, but they are refreshingly positive and engaging.

If I had to choose a single chapter to share, it would be the rise of Beirut. How this humble harbor remained in the hands of the Franconian crusaders until late. They were not finally driven out until 1291 (more than a century after Saladin's victory at Hattin), but the city's Muslim liberators, the Mamluk Sultans of Cairo, chose the local Maronite Christians as their local allies and set them up against the Shiite Muslims in the mountains , How it was the occupation of Beirut by an Egyptian army (1831-40) that paved the way for Beirut's spectacular expansion in the 19th century. How the new Egyptian-built footbridge made it possible for Beirut to jump over its local rivals (Sidon, Tire, Acre and Tripoli were then larger and richer cities) than the big new steamships needed deeper ports. How the city retained a Muslim majority until the 1860 massacres (in the streets of Damascus and in the villages of Lebanon) overcrowded the streets of Beirut with thousands of Christian refugees. How could you expect the main square in an Arab capital, reminiscent of the national martyrs of the 20th century, to imply either France, Israel or the UK, but in this case to imply a Turkish pasha? How the constitution lists four different forms of Islam and 13 Christian factions.

The truth of every Islamic empire is in thousands of intimate details. Marozzi has created a brilliant narrative by stringing together a chain of stories from 15 extraordinary cities, some of which are still considered precious gems of civilization to this day, while others have imploded and exploded in the murderous fireworks of the civil war.

Barnaby RogersonIs the latest book by In search of North Africa: a story in six lives (House, 2018). He is an editor at Eland Books.