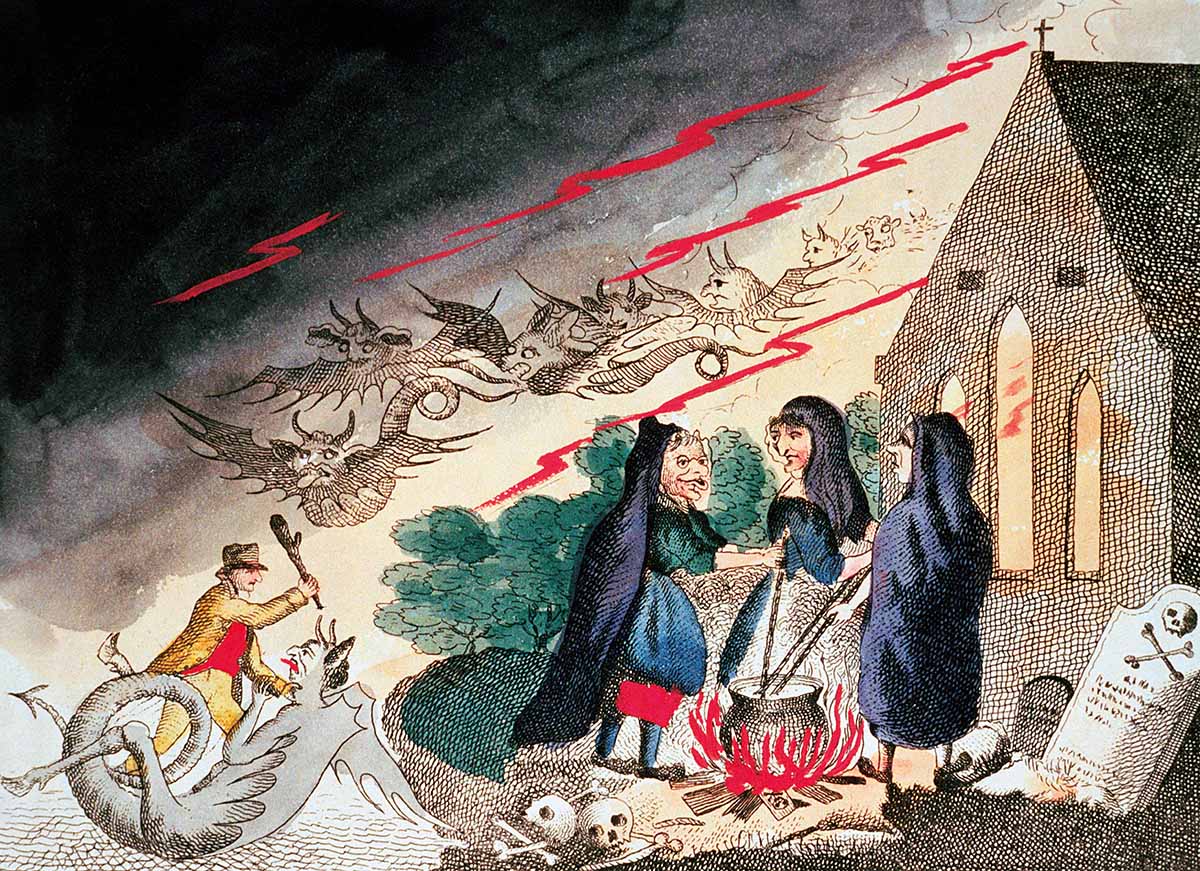 Most of the intended readers of Michael Hunter's provocative and enjoyable new study will immediately recognize the allusion in its title. In 1971 – and it is hoped that someone is already thinking about ways to celebrate the upcoming 50th anniversary of its publication – Sir Keith Thomas produced one of the most influential early modern books on 20th century cultural history. Religion and the decline of magic was a comprehensive survey and often brilliant analysis of forms and patterns of mentality that had previously received little attention from "serious" academic historians: witchcraft, belief in ghosts and fairies, demonic possessions, astrology, magical healing, omens and prophecies. Thomas's accomplishment was to convincingly explain the social functions and internal logic of such "irrational" beliefs. However, Hunter suggests a problem that he didn't originally expect. If these belief systems were vital, coherent, and extremely useful, why did they actually disintegrate or disappear? We are reminded that Thomas devoted only about 40 of his more than 700 pages to explaining the "decline" of magic in England, a statement Hunter finds "disappointingly inconclusive" in its broad appeal to changing intellectual and technological environments & # 39 ;.

Indecisiveness is a vice that Hunter desperately wants to avoid, given the task of explaining why between 1650 and 1750 magical mindsets, at least in England, lost their purchase, at least among the educated. The preface contains helpful information about the main arguments in the book. Magic was not an immediate and inevitable victim of the so-called scientific revolution. Indeed, the Royal Society, whose views were deeply divided, tended to avoid the problem – a silence that was only subsequently interpreted as negative critical. While enlightenment physicians have advanced naturalistic diagnoses of conditions that were previously thought to be magically induced, their preferred treatments (such as bloodshed) were hardly “modern”. Claims of magical causes have been empirically difficult to refute – allegations of fraud abound, but they have also been violently contested just as often. In fact, it wasn't really "science" that worked for "magic." The main engineers in the decline of magic were rather humanistic freethinkers, whose skeptical views circulated less in formal printed treatises than in the amusing conversation around the dining tables of society as well as in coffee houses and salons. The fact that such men were often skeptical of religion in general prevented, according to Hunter, widespread early acceptance of their ideas. The change took place gradually, "through a kind of cultural osmosis", which depended both on long-available ideas of classical antiquity and on obvious breakthroughs in knowledge. In a pithy summary (which will surely be posted for future exams for students on duty), Hunter argues that "the Enlightenment refused magic for good reasons, not good".

Jäger's criticism of the shaky assumptions that underpinned the final chapters despite all the insights and subtlety of the book Religion and the decline of magic is included in his very different approach. Thomas built his interpretation mosaic by carefully accumulating examples, but Hunter prefers to use the miniaturist's brush to draw further conclusions from the analysis of detailed case studies. While some chapters are versions of previously published articles and essays, these have been revised for the purposes of the volume.

After an introductory chapter on the permanence of magic in Orthodox thinking, we are treated with an accurate reading of the content and reception of John Wagstaffes The question of witchcraft discussed (1669) – a moderately skeptical work that, according to Hunter, was unsettling because of its perceived affinity for more extreme views that were orally spread during the restoration period. Jäger's reasoning that intellectual change does not come about through reasoned arguments is clearly topical: "People only made a decision and then took arguments to substantiate their preconceived ideas." Confirmation bias is not an invention of the social media age.

Topics covered in other chapters include late 17th century deists John Toland and John Trenchard, early 18th century medical professionals and liberal gods, and the various contributors to a remarkably long-running controversy about the "drummer of Tedworth" – a poltergeist who is said to be a Wiltshire nobility household in the 1660s. Hunter also shows his unmatched expertise in the career and attitudes of Robert Boyle, who is popularly referred to as the "father of modern chemistry", but one who is fascinated by reports from the Scottish highlands about the prophetic "second sight", one Manifestation that he believed could be tested empirically and established.

How then do we get from Boyles' open-mindedness (or gullibility) to an almost universal rejection of magical phenomena in elite circles within a few decades? Hunter suggests that some of it is a more deterministic Newtonian framework of science that displaces an open Baconian, although in some ways it has been used to justify attitudes that have already changed for other, more indescribable cultural reasons. Hunter observes the increasing perception of Orthodox Christians that skepticism about the supernatural does not necessarily threaten religion itself. But it remains a mystery. If many of the arguments against magic were not new, why were they suddenly convincing and producing what some other scholars have called a "turning point" in cultural attitudes to occultism? Political divisions in and after the civil wars have sometimes been mentioned in this context, but Hunter is keenly critical – probably too critical – of the view that belief in witchcraft has been discredited by its involvement with party politics. This fascinating book offers a stimulating, indeed sparkling analysis of skeptical opinion in the age of the English Enlightenment. However, there is no doubt that more work needs to be done on the causes of this paradigm shift in understanding our ancestors for the world.

The decline of magic: Britain in the Enlightenment
Michael Hunter
Yale 288pp £ 25

Peter Marshall is professor of history at the University of Warwick.