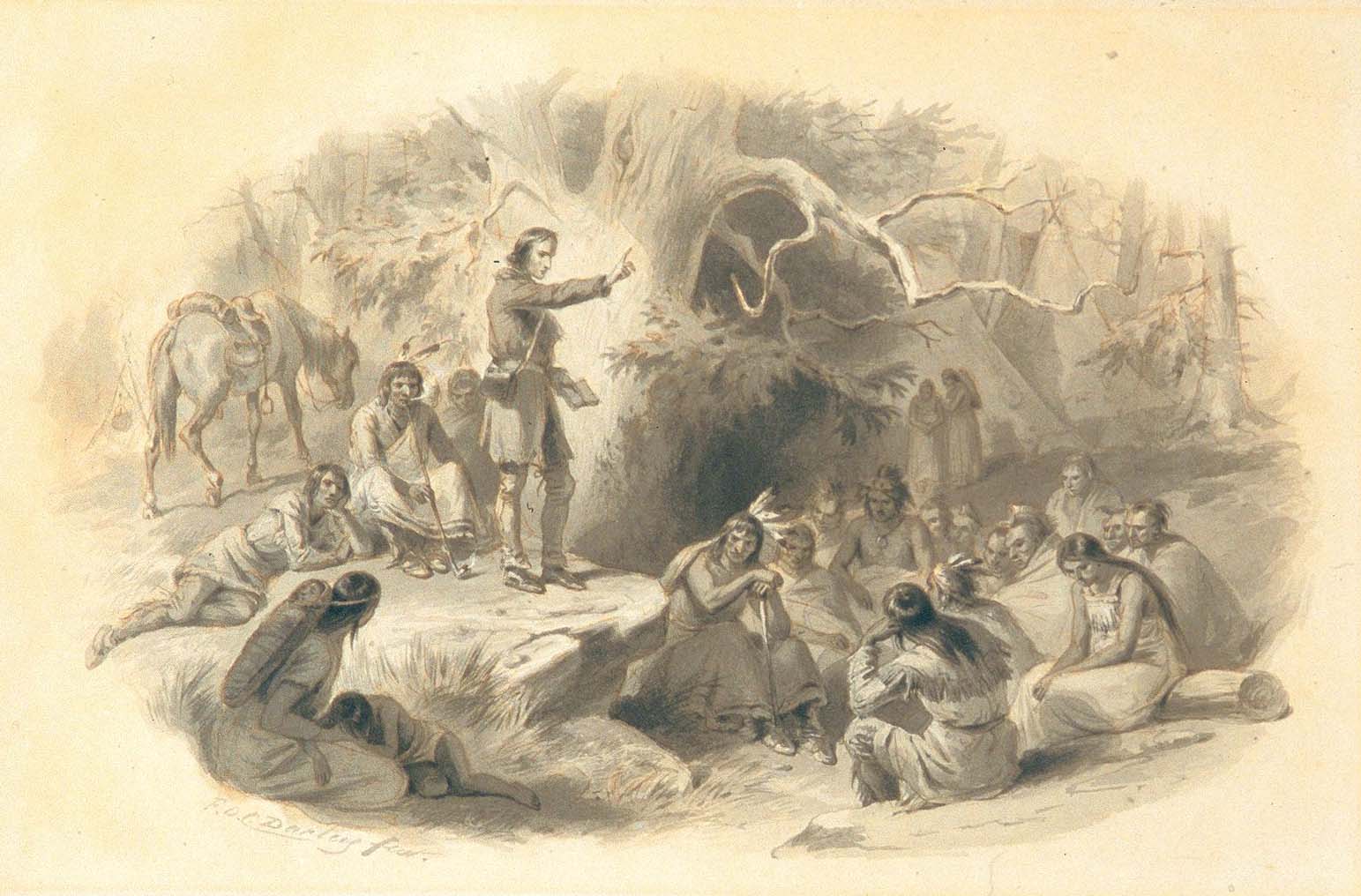 David D. Hall has devoted his career to restoring the reputation of the religious sensitivity of the first English migrants to New England. His first book, The Faithful Shepherd: A History of the Ministry of New England in the 17th Century (1972) reported the lives of the ministers who joined migration in the 1630s and explicitly defended them against allegations that they had put unpleasant beliefs on the population. His most famous work, Worlds of wonder, days of judgment (1989) found that New England's religion had popular appeal beyond ministerial restrictions. Hall's Puritan New England was a land of deep faith and shared commitment to a religious vision of an improved society. The controversy that rocked the settlements in the first decade – like the one that led to the excommunication and banishment of the brilliant elite woman Anne Hutchinson – shows the passion generated by questions about the right way to worship. Hall tries to rehabilitate the Puritans from being dismissed by scholars, but also from the suspicion of the population of their religion. He fights all forms of "anti-Puritanism".

With The Puritans: A Transatlantic HistoryHall broadens his view of reform-minded English and Scottish believers. He explores religious politics that changed England and Scotland in the 17th century and drove many to transatlantic migration.

These communities shared the basic principles underlying both Protestantism in general (free grace and the primacy of the scriptures) and Reformed Protestantism in particular. Hall lists common “arguments or assumptions” that are central to the latter: a criticism of idolatry, the view that divine revelation has been set, admiration for the visible (or earthly) church, commitment to discipline and activism as well as belief in divine providence and apocalyptic. Hall also sets out the four dilemmas that the Puritan movement faces: How can one reconcile obedience to the divine law and an earthly prince? how to determine what idolatry is and whether it goes beyond the visible aspects of worship; how to ensure obedience to the sometimes ambiguous word of scripture; and how to reconcile the tension between a comprehensive church and a church that was as pure as man could make it. The men at the center of Hall's book have dealt with these dilemmas in the very diverse environments of Lowland Scotland, England and New England.

Hall does not write Atlantic history; In one sentence he admits that people with the sensitivity that interests him have emigrated to other English settlements or have lived in Ireland, but he pays no attention to them. Instead, he focuses on places where authority figures deal with questions of faith and practice. He describes (verbal and physical) struggles over how the power structures promote (or reject) a divine society. The Scottish Church struggles with James VI. And me and later with his son Charles, as well as the disputes in the Elizabethan era over the nature of the Church of England, and the later struggles during the Civil Wars and Interregnum qualify about what would replace this church.

This book deals intensively with religious politics and theology and serves as a suitable companion to Diarmaid MacCulloch's more extensive book The Reformation: a story (2003). Written more accessible than Stephen Foster’s textbook, The long argument: English puritanism and the design of New England culture, 1570-1700 (1991) includes Hall's report of Scotland's commitment to reformed theology alongside what is usually meant by the term "Puritans": English and new English advocates of a divine society and a reformed church.

Hall explains that the various groups and individuals that he groups under the term "Puritans" correspond to different named church orders – Presbyterian, Congregational / Independent – or none, and that they instead shared common views and goals. They represented local variants of Reformed Christianity, each of which faced its own trials in different contexts. The Scottish Church, which was best placed to assert its views, faced challenges from above: first the resident Stuart ruler and later largely absent kings who could nevertheless destroy their church order. The English Puritan movement (which in its broader definition includes both those who separated from the Church of England and those who sought to change them from the inside) tried to convince the powerful to understand for taking the right path. It benefited from Parliament's triumph during the civil wars, only to lose the chance of reaching agreement through its own internal divisions and the vagaries of interregnum politics. Those who left England on the Massachusetts Bay coast were more successful and could send anyone who resisted the path ahead through exile and other forms of harassment. The continued existence of the term in American writing about New England is probably part of the problem that lends itself to a caricature of a strict and unrelenting Reformed religion. There was no person like a self-identified Puritan, a point that Hall actually has to try.

Indeed, “Puritans” was a term for ridicule, an expression of “anti-Puritanism” that Hall particularly loathes. In a fascinating but brief account, he looks at the subsequent ill-treatment of Puritans, suggesting that their bad reputation reflects later cultural policy. Even his own college graduate mentor is criticized slightly, as he ends with a mild criticism of Perry Miller, who has fallen into the trap of seeing Puritans as harbingers of civil conformity. Hall has taken on a daunting task of explaining and rehabilitating Puritans. Details of the religious debate, however clearly explained, cannot make modern readers understand this sensitivity.

Carla Gardina Pestana is Professor of History at the University of California at Los Angeles.